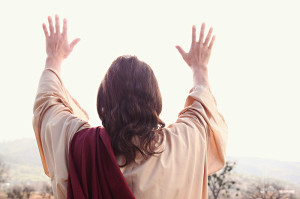 Buddha was great spiritual teacher. He died in 543 BC. He is still dead.

Muhammad was a great spiritual teacher. He died in 632 AD. He is still dead.

Jesus was a great spiritual teacher. He lived a perfect life, with no sin whatsoever. His teachings were radical. “Love your enemies.” “The last shall be first and the first shall be last.” “Blessed are the meek, for they shall inherit the earth.”

He was unlawfully arrested, underwent a charade of a trial and was then falsely convicted in a travesty of justice.

He willingly endured unthinkable torture at the hands of hypocritical religious leaders and governmental officials intent on furthering their own political careers. He was flogged, spit upon, abandoned by his friends, nailed to a cross and left to die the most horrendous death imaginable.

After his death in 32 AD, he was hastily entombed in a borrowed grave. On the third day he rose from the dead according to God’s magnificent plan. HE IS STILL ALIVE.

Numerous eyewitnesses have carefully documented these truths. After his resurrection he appeared to many. He visited with them, talked with them and shared meals with them. After Jesus ascended to Heaven, his followers dedicated their lives spreading the good news of Jesus’ life, death and resurrection. Each was willing to die a martyr’s death by governmental proclamation rather than to obey orders that forbade them from spreading word of the risen Christ. They had seen Him with their own eyes and could not deny it, no matter the consequence.

To this day, every person who lives must answer the Jesus question. It is the most important question that any of us will ever have to answer, and our answer has eternal significance in this life and the next. Jesus asks each of us today as he asked his early followers, “Who do you say that I am?”

Once when Jesus was praying in private and his disciples were with him, he asked them, “Who do the crowds say I am?”

They replied, “Some say John the Baptist; others say Elijah; and still others, that one of the prophets of long ago has come back to life.”

How about you? I’d love to hear from you. Who do you say that Jesus is?

My name is Sue Ciullo and I’m a mess. Walk into my office. Depending on the day, you are likely to find stacks of unfiled papers, shirked responsibilities, unreturned phone calls, unpaid bills, and other uncompleted tasks. But I have a Messiah, and that has made all the difference.

2 Responses to “The Jesus Question”